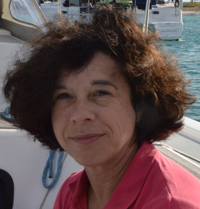 The Paleoclimate Modelling Intercomparison Project (PMIP) was launched 30 years ago, with the aim to understand the climate response to various external forcings and to assess the ability of state-of-the-art climate models to represent climate states different from the modern one. Since the beginning, this project was endorsed by PAGES and WCRP, and has fostered paleoclimate reconstructions from different paleoclimate archives and model-data comparisons for key periods in the past. Paleoclimate simulations are now recognized as essential steps in the overall assessment of the realisms and progresses of climate models used for future climate projections. They offer a unique way to test model performances over a wide range of climate situations that have similar magnitude than the one expected in the future.

This presentation will address several aspects of model-data comparisons, and of the evolution of the underlying scientific questions. Models have evolved from only including atmospheric components to fully coupled Earth system models that account for the interplay between atmosphere, land ocean, and ice through the energy and water cycle, as well as the coupling between these cycles and the carbon cycle. New possibilities are offered by forward modeling of the way paleoclimate archives record environmental changes, new paleoclimate indicators, or statistical methods. They open method questions and new challenges to tell if model content in terms of physics and biogeochemisty is sufficient to represent different climate states and the transitions between them. Examples will consider climate sensitivity, the water cycle, and interannual to centennial variability to illustrate different levels of model evaluation – from process understanding, to full benchmarking considering the different sources of uncertainties in model and climate reconstructions. They will also be used to question how to further provide more direct constraints on the quality of climate projections.

Pascale Braconnot is a former member of the PAGES Scientific Steering Committee, and a climate modeling specialist. She is now a member of the WCRP Joint Scientific Committee. Her scientific activities range from coupled ocean-atmosphere model development with a focus on air-sea coupling, to the use of coupled Earth system models in different climatic contexts. Her main scientific interests are the role of insolation, ocean feedbacks, and the hydrological cycle and its variability in past and future climate changes. She has been the PMIP coordinator since 2001 and has contributed to or led several multi-disciplinary projects to understand past or future environmental changes. In 2009, she was awarded the EGU Milankovic Medal for her work on past monsoons and analyses of ocean and vegetation feedbacks. She was a Lead Author of the IPCC AR4 and AR5 and Review Editor for Chapter 8 on the water cycle in the IPCC AR6 report. 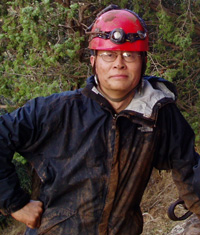 Earth’s natural climate system varies persistently at multiple timescales with different dynamics. While we outline a sustainable future for a climate context, detailed case studies of past climate variations on various timescales are important, which however, haven’t yet been fully developed. In the last two decades, significant advances in understanding the climatic controls on d18O in atmosphere and cave environment together with landmark developments in U-Th dating techniques have propelled speleothems to the forefront of paleoclimatology and substantially improved our view of our planetary climate system on a wide range of timescales. I will present here speleothem data across multiple timescales, providing detailed case study in the context of high and low latitude climate interactions. On orbital-scale, a set of cave d18O records from different climate domains suggest that precession-induced changes in summer insolation in producing distinct climate variability in the ice-sheet proximal and distant regions via the (delayed) ice-volume forcing and in-phase CO2 feedback/forcing, and the direct summer insolation forcing and CH4 feedback in driving the climate variability at low-latitude monsoon regimes. On millennial-scale, we used a combination of well-dated speleothem and ice core records to pinpoint the timings of the Younger Dryas event onsets and terminations in various climatic domains around the world. We show that the event occurred first at high northern latitudes then propagated southward into the tropical monsoons belt within a few decades, eventually reaching Antarctica before reversing the course to its eventual termination. It appears that changes in Antarctic and/or low-latitude hydroclimate might have served as precursors of the YD termination or Holocene onset. On centennial-decadal scales, new high-resolution record of the 8.2 kyr event from the Southern Indian Ocean reinforce the double peak structure centered at ~8.2 and 8.1 kyr BP, withstanding the interhemispheric anti-phased relationship. Importantly, the significance of the 8.1 kyr BP peak is prominent in Southern than Northern Hemisphere proxy records, likely implying a different mechanism. There is a large array of hydroclimate events worldwide around 4.2-3.9 kyr BP, the so-called ‘4.2 kyr event’. These events are not representative of one synchronous event globally, and it remains unclear whether the events are indeed a manifestation of one time-transgressive event in different geographical regions. I will conclude by briefly presenting the annual resolution speleothem record across the ‘Chongzhen Drought’ event (~1637–1644 CE) and its wide social-economic impacts. The case studies are fundamental for gaining insights into the inner workings of the earth’s climate system for a sustainable future.

Hai Cheng has been a professor at the Xi’an Jiaotong University since 2010. He received his PhD in geochemistry in 1988 from Nanjing University. He joined the Institute of Geology at the Chinese Academy of Sciences in 1988 and was a Senior Research Scientist at the University of Minnesota from 1993 to 2010. Hai Cheng has received many honors and awards, including appointment as a Geochemical Fellow of the Geochemical Society and European Association of Geochemistry (2015), AGU Fellow (2017), and the AGU Emiliani Lecturer (2019). He has been at the leading edge in developing U-series dating techniques and provided innumerable U-Th dates for collaborators who have made discoveries about paleoclimatic change worldwide. He played a world-leading role in paleoclimate studies of global speleothems, including the longest East Asian (640 kyr) and Indian (280 kyr) monsoon records, the longest Westerly climate records from central Asia (500 kyr) and North America (335 kyr), and the longest record from the Amazon Basin (250 kyr). 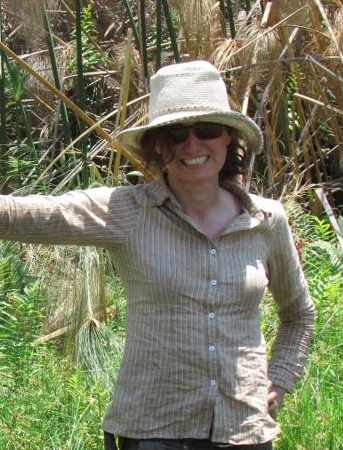 Africa has a wealth of biodiversity, and a long history of customary management, alongside a large rural population that is directly dependent on ecosystem services and rapidly changing socio-economic contexts. These circumstances demand sustainable strategies that balance development and conservation for the future. Conservation of biodiversity and social-ecological systems therefore requires a past-present-future perspective that includes local knowledge as well as an awareness of future resilience and adaptability.

One of the main challenges in conservation management in Africa is to conserve biodiversity and enhance livelihoods. Central to this is knowledge of the historical range of variability in key ecological parameters such as tree density, fire regimes, and herbivore density, which were disrupted on much of the continent during the 18th and 19th centuries. Paleoecology offers a potentially valuable role in reviewing and assessing the range of these variabilities on scales of centuries to millennia. Specifically:
• Reconstructing vegetation change using fossil pollen provides insights into how landscapes looked before the intensive management that began in the 19th century.
• Analysis of charcoal can help to reconstruct fire regimes prior to policies of fire suppression and prescribed burning.
• Analysis of coprophilous spores can be used to address important conservation questions regarding the abundance and management of herbivores, both wild and domestic.
• Phytoliths, diatoms, and other climate-related proxies can help us to gain an understanding of how ecosystems responded under warmer/drier climates.

Application of such data in real-world conservation contexts requires good calibration against modern analogues that can convert paleo proxies to indicators that are useful and understandable to managers and other stakeholders. Furthermore, modeling tools can facilitate stakeholder engagement by incorporating local knowledge of ecosystem dynamics. This enables stakeholders to explore the effects of different future climate and land-use scenarios on land cover and ecosystem services, improving inclusivity of conservation in the process.

Lindsey Gillson is Professor at the Plant Conservation Unit, University of Cape Town, South Africa. Her interests include landscape ecology, theoretical ecology, conservation biology and applied paleoecology. Her research focusses on long-term ecosystem dynamics, and the implications for conservation, sustainability, and ecosystem services. She has a focus on African ecosystems, especially savannas, and is interested in multidisciplinary studies of these complex socio-ecological systems. She is currently leading extensive projects on various ecosystems in southern Africa and Madagascar. 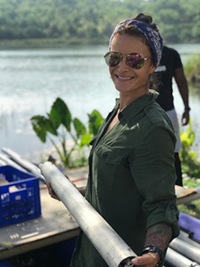 Legacies from the past as lessons for the future

Increasing evidence suggests past human-environment interactions have a lasting legacy on modern ecosystems. Many advancements made in understanding long-term human drivers of ecological change have come from interdisciplinary studies integrating fields such as archaeology, palaeoecology, palaeoclimatology, soil science, and botanical inventories. This talk will highlight multiproxy case studies of long-term climate-human-fire interactions in the Brazilian and Bolivian Amazon. These data indicate indigenous populations employed diverse subsistence strategies that combined polyculture, including the cultivation of maize (corn), Ipomoea (sweet potato), Maniot (manioc), and Cucurbita (squash), and agroforestry through the enrichment of forests with edible tree species. Soil amelioration techniques were evident with the development of Amazonia Dark Earth (ADE) soils in residential areas that were later exploited to increase subsistence yields and maximized subsistence diversity without large-scale land clearance. These data provide evidence of resource diversification, improved food security, and sustainable anthropogenic landscapes through periods of increased climate variability, expanding indigenous populations, and increased social conflict in the late Holocene (~4000 to 500 cal yr BP). Existing research from remote sensing data indicate that modern ADE forests have lower canopy moisture, increased drought susceptibility, and greater flammability – indicating past indigenous land use has an enduring legacy on modern ADE forests. These various lines of research provide comprehensive examples of millennial-scale Anthropogenic landscapes that can inform forest and fire management for sustainable futures of Amazon ecosystems in the 21st century.

Dr S. Yoshi Maezumi is a Paleoecologist and National Geographic Explorer specializing in past human-environment interactions. Her research integrates a background in Anthropology, Analytical Archaeology, and Physical Geography. Following completion of her doctorate in Paleoecology, she held a three-year post-doctoral fellowship at the University of Exeter, UK, developing a methodology integrating palaeoecology, archaeology, archeobotany, and paleoclimatology to examine human-environment interactions in the Amazon. In 2018 Maezumi held a one-year lectureship position teaching Climate Change in the Tropics in the Department of Geography and Geology at the University of the West Indies, Jamaica. She then completed a two-year Marie Curie Research Fellowship at the University of Amsterdam where she examined past natural and human drivers of fire in the Amazon Rainforest Ecotones. She is currently a post-doctoral researcher in fire and vegetation ecology at the University of California, Davis. Her research contributes to our understanding of human legacies in modern ecosystems and has been published in Science, Nature Plants, Nature Ecology and Evolution, and Scientific Reports.

Mostapha Bousmina, President of the Euro Mediterranean University of Fes and Chancellor of the Hassan II Academy of Science and Technology. 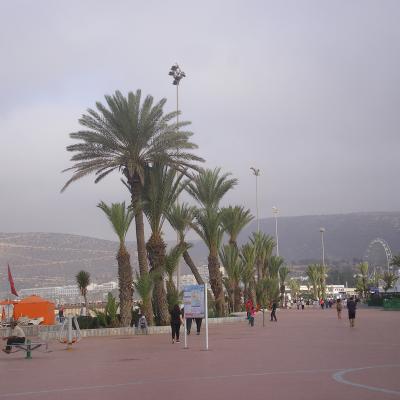 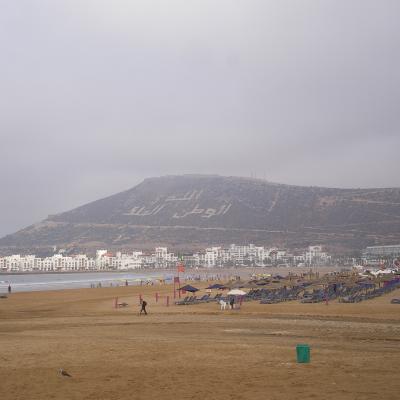 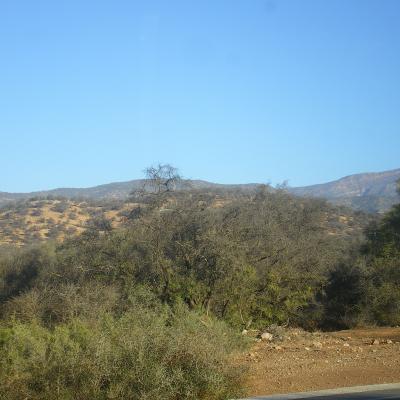 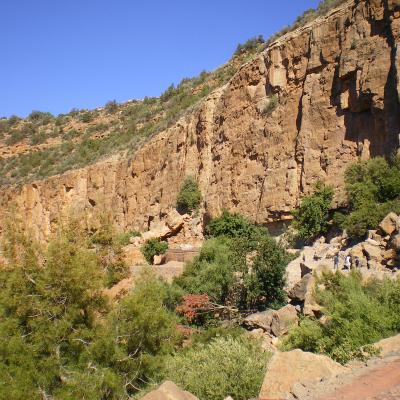 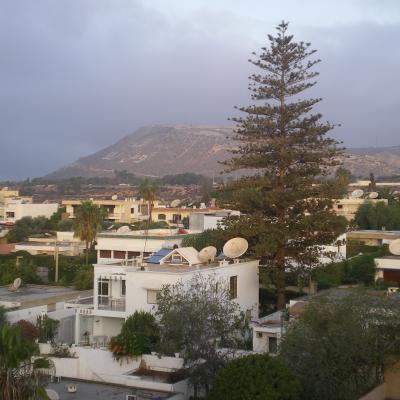 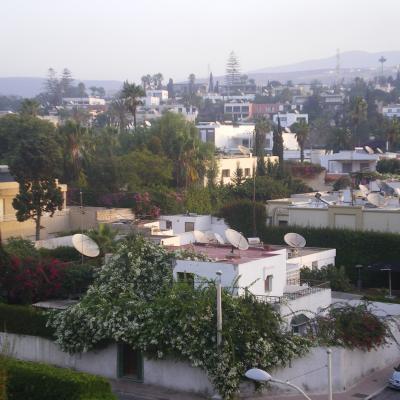 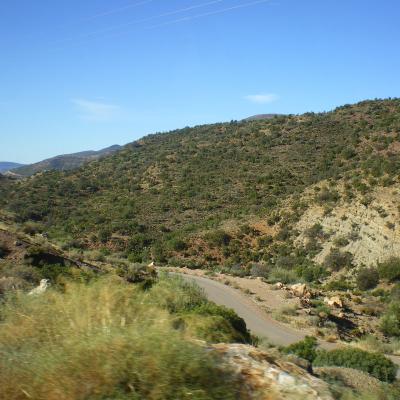 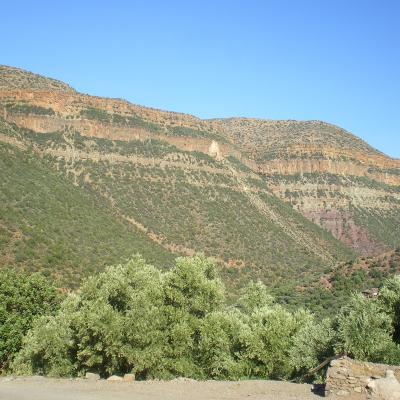 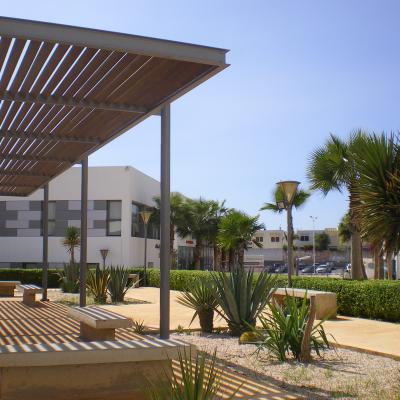 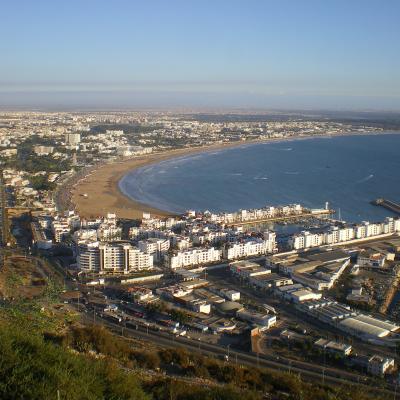 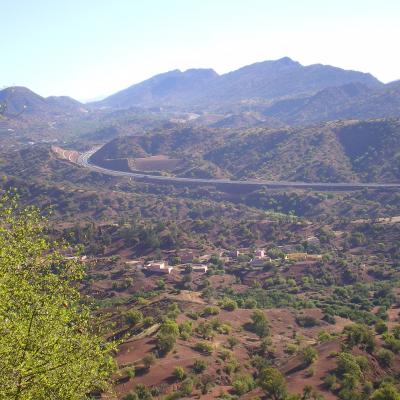